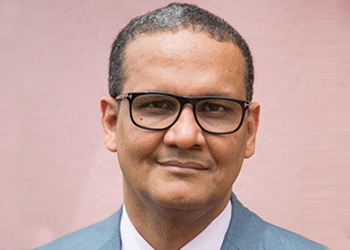 Jemal’s practice focuses on international arbitration, corporate and intellectual property law as well as dispute resolution. Jemal began his career as legal counsel following a fifteen-year career in politics and public administration in several African countries. He has a strong experience advising governments, banks, investors and major companies in the sectors of energy and natural resources, infrastructure and development projects, as well as transports and telecommunications. His predominant regions of interest are Africa, Europe and the Middle East where he has built a strong network and acquired valuable partnerships with local law firms.

Jemal is actively involved in many organisations and regularly participates in sessions dedicated to investment and development in the Maghreb, Middle East and Sub-Saharan Africa. More specifically, he is member of the Board of IPEMED, as well as a member of the Société Française pour le Droit International.

Jemal graduated from the Institut d’Etude Politique of Grenoble where he obtained a Doctorate in European Law and a Doctorate in Political Science. He also studied finance at the Institut de Technique Financière (ITB), graduated from a two-year diploma course in management and law at a university institute of technology. Jemal speaks fluent Arabic.